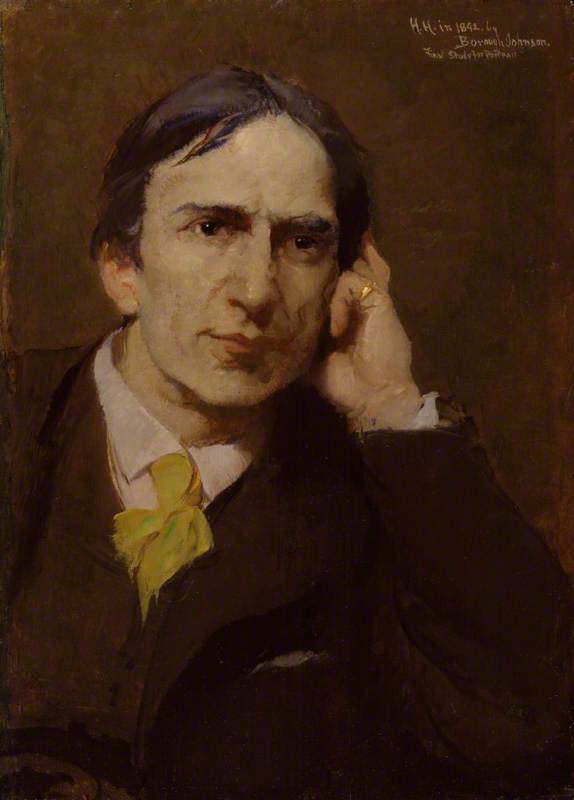 (b Waal, Bavaria, 26 May 1849; d Budleigh Salterton, Devon, 31 Mar. 1914). German-born painter, printmaker, designer, teacher, and writer who settled in England in 1857 with his father (a woodcarver) and became a British citizen. He established his reputation with The Last Muster—Sunday at the Royal Hospital, Chelsea (1875, Lady Lever AG, Port Sunlight), a work appealing to the public taste for patriotic sentiment, and then became a successful and prolific portrait painter. His best-known works today, however, are his scenes of social concern, which were then still something of a novelty in English art (On Strike, 1891, RA, London). Herkomer was a versatile artist and a man of many parts. He composed operas, which were performed at his private theatre at Bushey, Hertfordshire, and as well as performing in them and designing the sets, he experimented with new forms of stage lighting; he also designed sets for the cinema.

Read more
From 1883 to 1904 he ran his own art school at Bushey (William Nicholson was one of his pupils) and he lectured widely. His books include the autobiographical My School and My Gospel (1908).