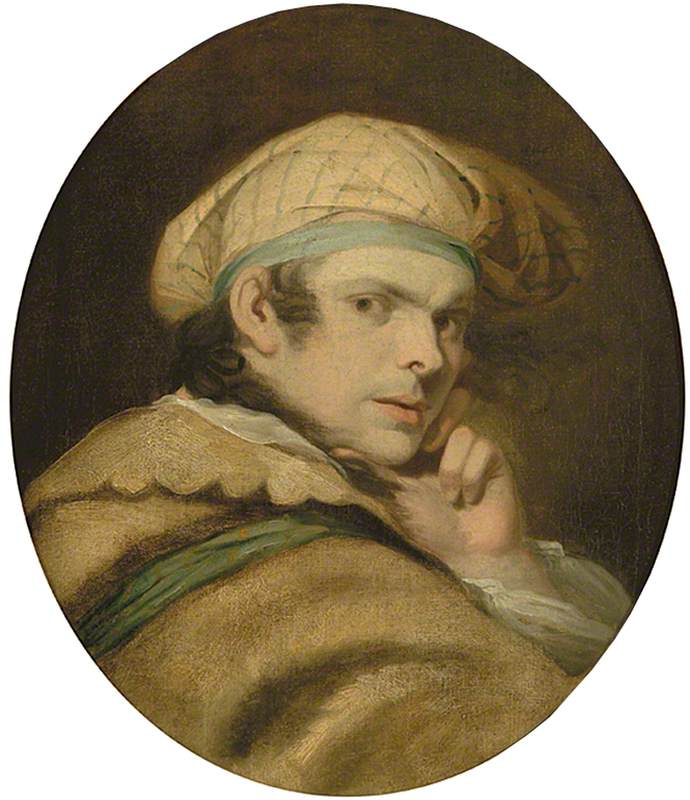 Towner
(b Eastbourne, Sussex, 17 Sept. 1740; d London, 4 Feb. 1779). English painter and etcher. He studied under Hudson and became a lifelong friend of his fellow pupil Joseph Wright. His work included portraits, similar in style to those of Wright and conversation pieces in the manner of Zoffany, but he was at his best in historical and imaginative subjects. Among these were pioneering scenes from medieval British history, but he found his true bent in the 1770s with pictures showing the exploits of soldiers and banditti in the ‘savage’ style of Salvator Rosa (Bandit Taking Up his Post, c.1775, Detroit Inst. of Arts). Many of his paintings have disappeared and are now known only through engravings. Mortimer led an eccentric and disorderly life, but he became more settled after marrying in 1775 and his early death cut short the career of one of the most individual British painters of his generation.