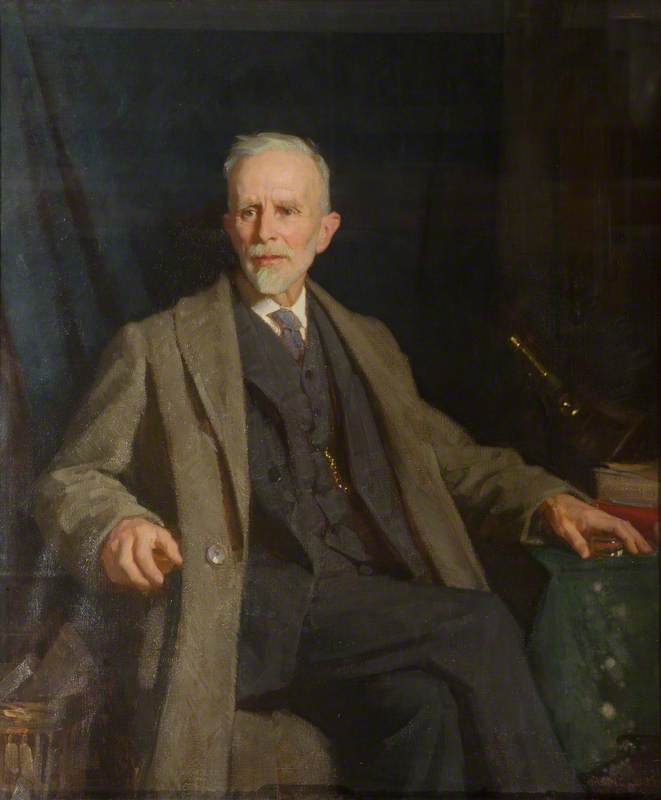 Painter and writer on art, born in London. Speed was the son of an architect, Edward Speed, and initially studied architecture at the Royal College of Art, but changed to painting, winning a gold medal for life studies in 1890. He went on to study at the Royal Academy Schools, 1891–6, again winning a gold medal. A travelling scholarship took him to Belgium, France, Italy and Spain, 1894–5. He exhibited at the RA for 40 years from 1893, also at many other venues, including RP, Fine Art Society, Leicester Galleries and RBA. Speed was a consummate draughtsman and portrait painter and wrote The Science and Practice of Drawing, 1913, and The Science and Practice of Oil Painting, 1924, as well as What is the Good of Art?, 1936. He was master of the Art Workers’ Guild, 1916, nine years after he had his first one-man show, at the Leicester Galleries.

Painter, born in London who studied at the National Art Training School (later the RCA) and the RA Schools where he won a travelling scholarship and spent a year in Italy, also visiting Paris and Vienna. His first solo exhibition was held at Leicester Galleries, London in 1907 and he showed extensively at venues that included Royal Birmingham Society of Artists, Baillie Gallery, Chenil Gallery, Fine Art Society, Glasgow Institute of the Fine Arts, International Society of Sculptors, Painters & Gravers, Walker Art Gallery, Liverpool, London Salon, Manchester Academy of Fine Arts, New English Art Club, New Gallery, Royal Society of Portrait Painters, Royal Academy, Royal Society of British Artists, Royal Cambrian Academy, Royal Hibernian Academy, Ridley Art Club, Royal Institute of Oil Painters and at the Royal Scottish Academy. He was an excellent academic painter and executed murals at the Royal Academy restaurant. Speed taught for many years at Goldsmiths' College and his interest in craft work resulted in his election as a Master at the Art Workers' Guild in 1916.

With thanks to artbiogs.co.uk