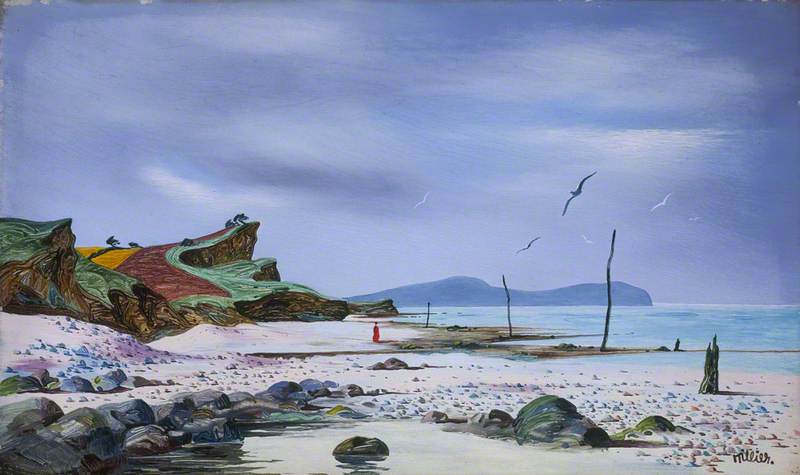 British painter of landscape, still-life, and occasional religious subjects, born in Beijing, where his father was manager of the Hong Kong and Shanghai Bank. After two years studying at Cambridge University (which he described as ‘a waste of time’), he was apprenticed to a London firm of chartered accountants, but he quickly abandoned this career to study at the *Slade School under *Tonks, 1926–7, while also attending evening classes at the Westminster School of Art. He then went to Paris, where he studied at the Académie Colarossi under *Lhote, and until 1940 he lived mainly in the south of France, with visits to Spain, which he ‘came to love above all other countries’. Early in his career Hillier was influenced by a variety of modern idioms (he was a member of *Unit One), and his work included abstracts.

Read more
In the mid-1930s, however, he evolved the style to which he remained faithful for most of his life: in a manner influenced by *Dalí and French *Neo-Romanticism, he painted with great sharpness of definition and smoothness of finish, creating scenes of stillness and calm that evoke an air of other-worldliness through the juxtaposition of incongruous objects and the use of unreal perspectives. One of the earliest examples in which he showed this personal voice is La Route des Alpes (1937, Tate) which, like many of his paintings, is executed in tempera. He came to regard himself as ‘the slave of my own style’, but in some of his later work he used freer brushwork or applied paint with a palette knife. In 1954 he published an autobiography, Leda and the Goose.