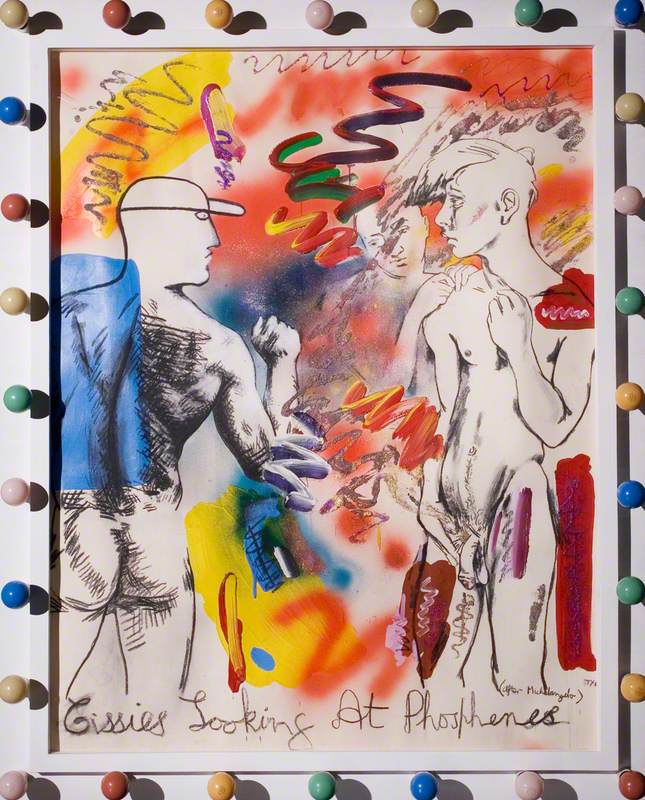 Painter and teacher, born in Burnley, Lancashire, who did a pre-diploma course at Burnley College of Art, 1964–6, gained his diploma at Hornsey College of Art, 1966–9, then his master’s degree at Royal College of Art, 1969–72. In the latter year Yeadon joined the Communist Party, visited the Soviet Union in 1975, Cuba in 1978 and in 1981 was a guest of the Czech Artists’ Fund, with a studio in Prague. Yeadon was a founder-member and was closely involved in the running of the cultural journal Artery from 1971. He took a studio with Coventry Artists’ Group in 1983 and was its chairman in 1984, settling in the city. Yeadon had extensive teaching experience throughout Britain and was full-time at Coventry Polytechnic from 1974. Group shows included Morning Star Rally, Coventry, 1974; the Arts Council’s The British Art Show, 1984; Critical Realism, Castle Museum, Nottingham, touring exhibition, 1987–8; and Post-Morality, Kettle’s Yard, Cambridge, 1990.