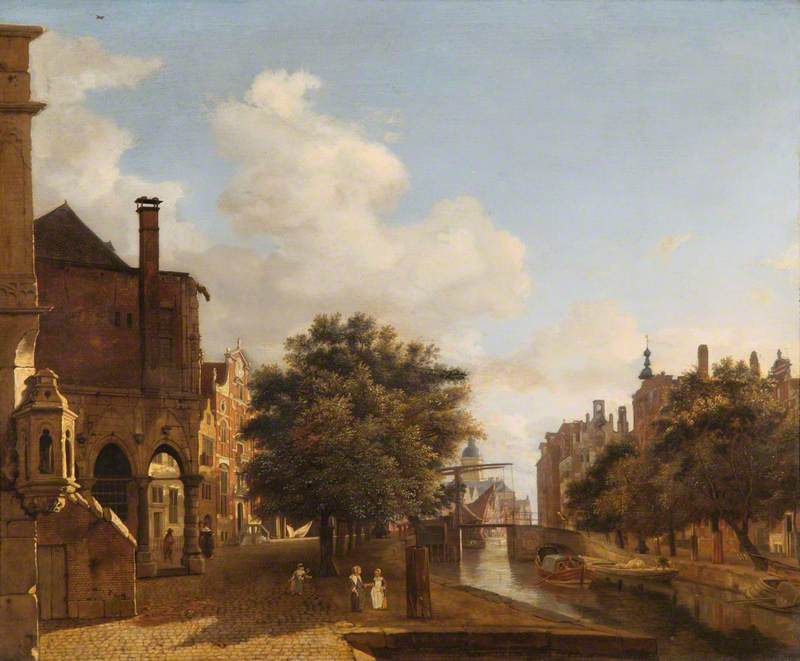 (b Gorinchem, 5 Mar. 1637; d Amsterdam, 28 Mar. 1712). Dutch painter, draughtsman, printmaker, and inventor, active in Amsterdam. He painted some landscapes and still lifes, but is renowned mainly as one of the greatest of all townscape painters. His views of Amsterdam and other towns are done with loving attention to detail, with precise rendering of foliage, bricks, and architectural detail. However, this treatment never appears dull or dry, for the detail is underpinned by dignified composition and his handling of colour and light is highly attractive. In spite of the seemingly objective nature of his work, van der Heyden often took liberties with topographical accuracy and he also painted capriccios. Painting was only a part of his activity, for he was also involved in civic administration in Amsterdam.

Read more
In 1669 it became the first European city to enjoy street lighting when it adopted the oil lamps he proposed. The fire hose is also said to have been his invention and features in his Brandspuiten-boek (‘Fire Engine Book’, 1690), which is illustrated with plates from his own drawings, some of which he etched and engraved himself. His varied activities made him a wealthy man.