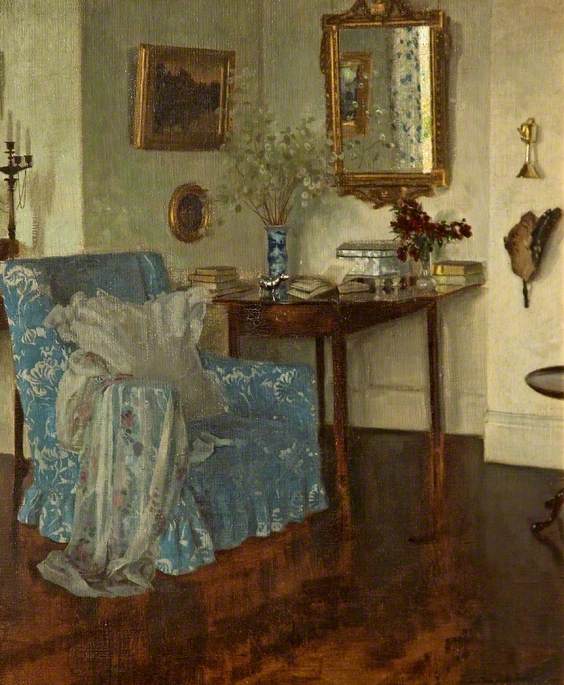 Painter, born in Oxford into a musical family. His second wife was Brenda Moore, the sculptor and painter, who modelled a head of Campbell Taylor. He was educated at the Dragon School, Oxford, and Cheltenham College. Then studied at Ruskin School of Drawing, Oxford; St John’s Wood School of Art; and Royal Academy Schools, which he entered in 1905. Exhibited at RA (he was elected RA in 1931) from late 1890s and in 1907 painted a large picture, The Rehearsal, now in Tate Gallery, which put him in the forefront of academic painters. Campbell Taylor’s pictures are highly finished interiors with figures, often with a period flavour, which owe much to the Dutch Old Masters. He also painted a number of portraits, including Queen Mary, and still lifes which follow in the footsteps of Chardin.

Read more
However, his picture Herculaneum Dock, Liverpool, of 1919, in the Imperial War Museum, showed that the artist could work in a near-Futurist style. His work is in many other public collections and he exhibited internationally. Lived at Felsham, Suffolk, for some time.