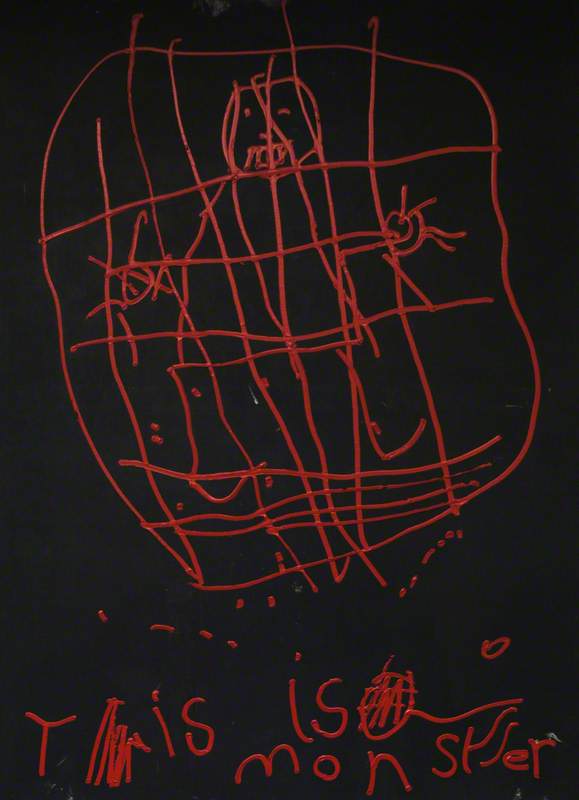 Versatile sculptor and painter, teacher and editor, who drew on popular and media images in his work, as in prizewinning picture Surface Tension at John Moores Liverpool Exhibition, 1989–90. Smith was born in Harrow, Middlesex, and graduated from Trinity Hall College, Cambridge, 1971. He had his first solo show in Cambridge in 1970. Smith was a self-employed artist from 1974, mainly working to commission. Among his major public commissions were works for Southampton General Hospital, 1985; Tesco Stores, Slough, 1990; Milton Keynes Development Corporation, 1992; and Leeds Development Agency, 1994. Smith had many solo exhibitions, including Spacex Gallery, Exeter, 1987, and Winchester Gallery, 1990. In group exhibitions he participated in Tolly Cobbold Eastern Arts Fourth National Exhibition, 1983–4, and John Moores, 1987.

Read more
Smith’s publications included two award-winning picture books for children and a number of books on art, including The Artist’s Handbook, and he was consultant editor on the Dorling Kindersley Art School series. He was a visiting lecturer at many colleges of art, from 1978–80 was fellow in fine art at University of Southampton and during 1981 was senior lecturer at Hull College of Higher Education. Arts Council, Eastern and Southern Arts and Contemporary Art Society hold examples. Lived in Tintinhull, Somerset.