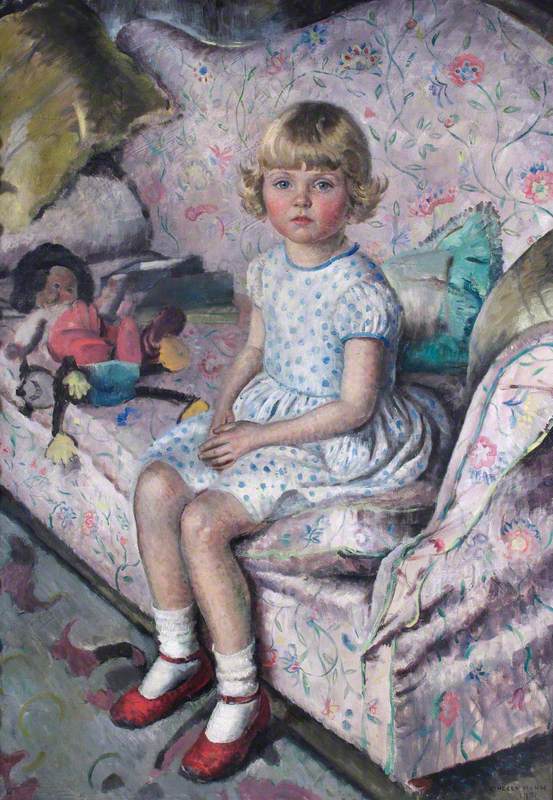 Leamington Spa Art Gallery & Museum
Painter. Daughter of the painters Harrington Mann and Florence Sabine Mann; the Tate Gallery holds a family group by Harrington which includes Cathleen and Sabine. Cathleen studied at the Slade School of Fine Art and in Paris. She went on to exhibit her strong portraits and still lifes at the RA, Goupil, Lefevre and Leicester Galleries, NEAC, PS and widely elsewhere. Her work is held by the Victoria & Albert Museum, in British provincial, French and American galleries. Lived in London.