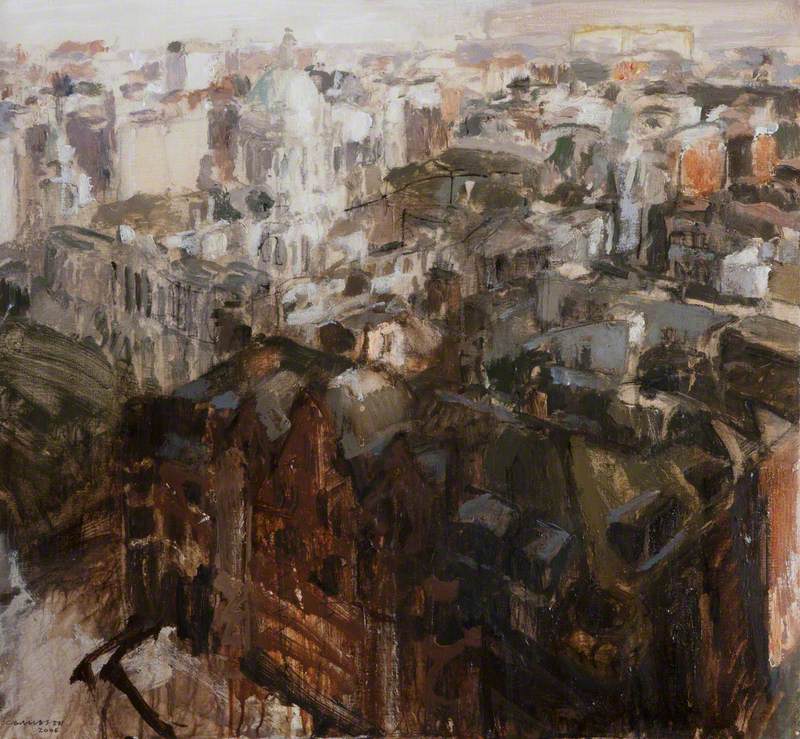 Painter, illustrator and designer, born in Belfast, Northern Ireland, where he was educated at the Methodist College, 1980–7, gaining a first-class honours degree in illustration and design at University of Ulster, Belfast, 1987–91. He formed Colin Davidson Design in Hollywood in 1994. In that year Davidson won the Creative Review Award; Winsor & Newton Gold; Association of Illustrators Award; ICAD Craft Award, Dublin; and in California, America, the Communication Arts Award; in 1997 the RUA Silver Medal. Painting commissions included the Coal Advisory Service, 1990; Shell UK, 1992; and for Cobra Golf USA portraits of Greg Norman, Hale Irwin, Ben Crenshaw and Seve Ballesteros, 1995–6. Group shows included RUA, Mall Galleries and BBC. In 1997 Davidson had a first solo show at Tom Caldwell Galleries, in Belfast, having painted a portrait of Caldwell in 1996, with others in 2002 and 2004.