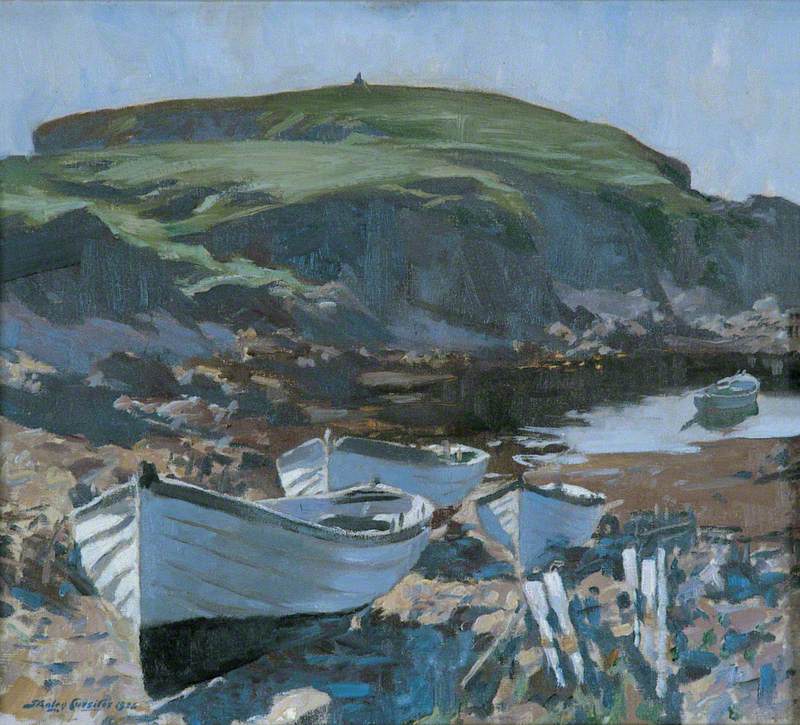 Geo at Yesnaby and Brough of Bigging 1924

The Pier Arts Centre
Scottish painter (mainly of landscapes, portraits, and figure subjects), printmaker, administrator, and writer. He was born at Kirkwall, Orkney, and after serving an apprenticeship as a lithographer he studied at Edinburgh College of Art and the *Royal College of Art, London. His best-known paintings are a series of works he did in 1913 inspired by the *Futurists—he was one of the few British artists to try to adopt their methods for representing movement. During the First World War he served in the army in France and afterwards travelled there before settling in Edinburgh in 1920. From 1924 to 1948 he worked at the National Gallery of Scotland, first as keeper and then from 1930 as director. During his directorship he proposed the foundation of a *Scottish National Gallery of Modern Art, but this did not come into being until 1960.