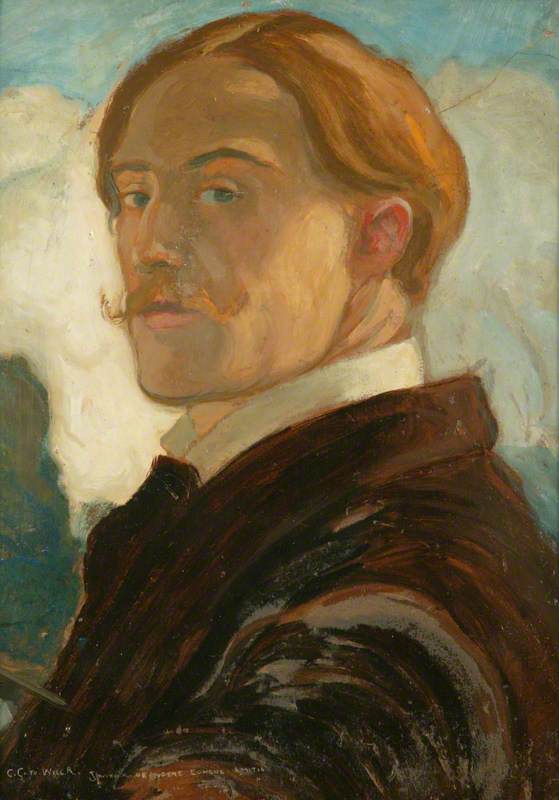 British painter and occasional printmaker, born in London, a direct descendant of the great 18th-century sculptor Roubiliac. In 1884 he emigrated to Australia to work for his uncle, a surveyor, but he gave this up for art. He mainly painted landscapes at this time and was influenced by Tom *Roberts, whom he met in Melbourne, where Conder lived from 1888 to 1890 (see Heidelberg School). Then he returned to Europe, briefly visiting England before moving to Paris, where he studied at the *Académie Julian and became part of a circle of artists, including *Anquetin, *Bonnard, and Henri de Toulouse-Lautrec (1864–1901). He appears in two of Lautrec's paintings of the Moulin Rouge, and like Lautrec was notoriously dissipated; his friend William *Rothenstein said he was ‘often without a sou, but…never without a lady’.

Read more
In 1897 Conder settled in London, but he made frequent visits to Dieppe and Paris. His work was seen in numerous exhibitions, including one-man shows, and he became a well-known figure in the art world, but he fell seriously ill in 1906 from syphilis and stopped painting. He is best known for landscapes, arcadian fantasies, and painted fans; Frank *Rutter wrote that ‘As a water-colour painter on silk, as the creator of the most exquisite fans, Conder not only had no rival in his life-time, but no superior in the past or the present’. He also painted portraits and made a few lithographs and etchings. His work, which is well represented in Tate, is often tinged with a feeling of fin de siècle decadence. He was influenced by *Whistler, but Rothenstein commented that ‘Whistler never liked Conder and didn't care for his work…He probably thought him too involved with his ladies of Montmartre, too fond of his absinthe.’