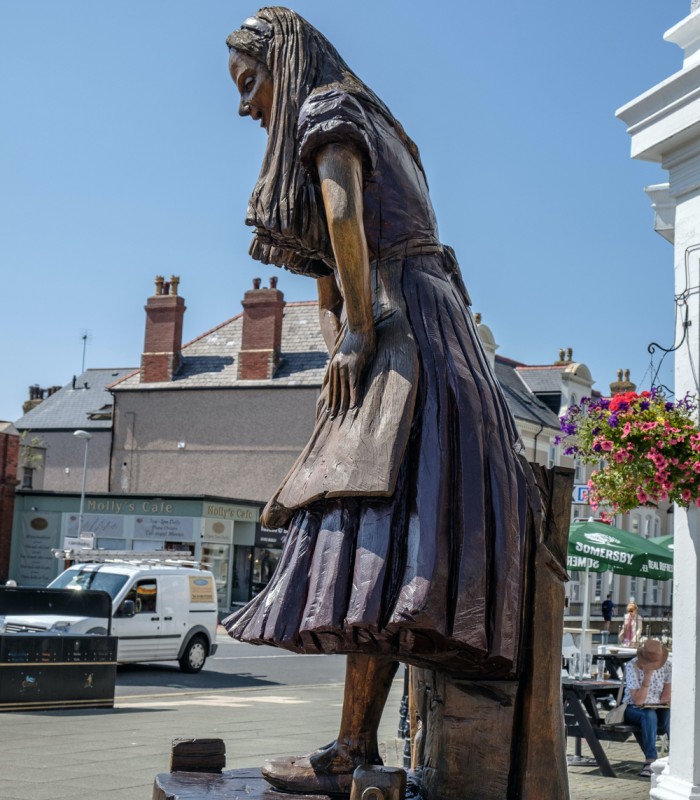 Use sculptures of characters from Lewis Carroll's stories to explore what facial expression, pose and body language can tell us about character.

Ideal for students who are familiar with the text or characters, this resource can be used to:

This English and Drama resource offers a series of activities that can be used together as a lesson plan or as individual components to integrate into your own scheme of work.

Language and literacy
- Listen to, respond to and explore stories
- Listen to, interpret and retell written texts
- Think about what they say and how they say it
- Retell, re-read and act out a range of texts

Expressive arts and drama
- I can present/perform for audiences and be part of an audience for other people's presentations/performances (EXA 2-01a)
- I can create, adapt and sustain different roles using movement, expression and voice (EXA 2-12a)

Lewis Carroll (whose real name was Charles Dodgson) was the famous Victorian author of the much-loved stories Alice's Adventures in Wonderland and Through the Looking-Glass, and What Alice Found There. Both stories involve Alice entering a strange world filled with peculiar characters.

The character of Alice was inspired by Lewis Carroll's friends' daughter Alice Liddell. The Liddell family had a holiday home in the seaside town of Llandudno in Wales. Lots of local people enjoy imagining Lewis Carroll visiting his friends and getting ideas for his stories from unusual characters and strange goings-on he encountered in Llandudno.

The town has commemorated its connection to the Alice stories with a sculpture trail. Artist Simon Hedger carved wooden sculptures of characters from both Alice books for the trail.

What adventures do you think the real Alice might have had in Llandudno?

Cartoonist John Tenniel drew the illustrations for the Alice stories when they were first published, and although other artists illustrated later editions, Tenniel's pictures are still the best known.

Simon Hedger was inspired by Sir John Tenniel's illustrations when he made these sculptures.

This short film was made by a Year 2 class in Llandudno. The film is about Alice's connection to the town and features Simon Hedger's sculptures.

Assign each student one sculpture. Ask them to look closely at their sculpture and focus on the character's pose.

Now copy your character's pose and stay perfectly still and silent, like the sculpture.

Ask the students to walk around the room as themselves. Every time you clap, they must freeze in their sculpture position.

In groups, create frozen pictures – tableaux – with the characters in their poses, but arranged to look like they are interacting with each other. What might these characters say to each other?

Give your character a voice

What does your character sound like? Experiment with different voices. Think about:

Ask the students to walk around the room as themselves. When they hear you clap, they must shout aloud what they think the character might say (the Queen of Hearts might shout 'Off with their heads!').

Take the activity further by introducing new instructions. For example, every time you hear a clap:

Pick one student to be Alice and secretly assign characters to five other students. Ask them to think about their characters and what traits they might have (for example, the White Rabbit might wiggle their nose, check their watch and move quickly). Together, the six will improvise a tea party scene and Alice must guess which character each person is playing. If Alice has difficulty guessing, ask the rest of the class to help by asking the characters hot-seat questions such as 'are you big or small?' or 'are you an animal or a human?'

To encourage students to continue thinking about characters in a text, try hot-seating exercises: act out a scene from the text or ask students to write their own play based on the text.

Create your own artworks

Investigate works of art inspired by the Alice stories and illustrations. Create your own artworks that express a character's personality or reveal parts of their story.

Artworks inspired by the Alice stories