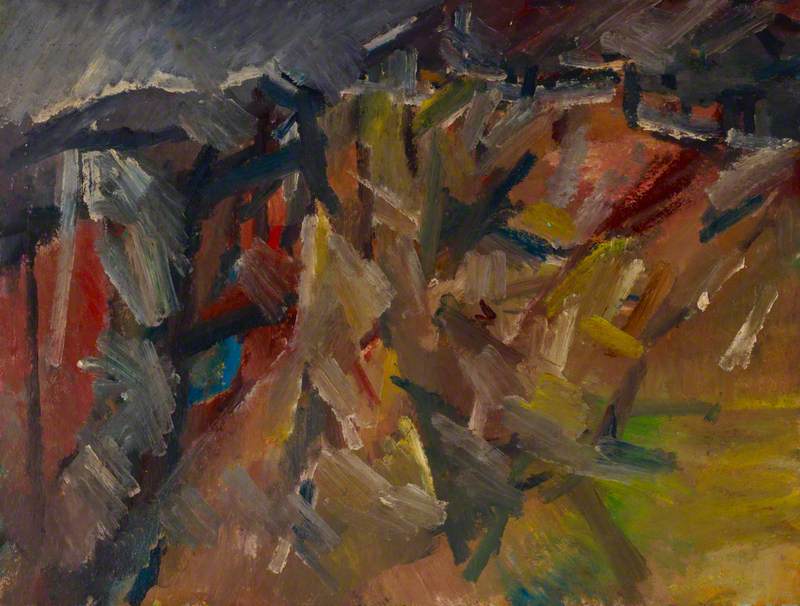 Painter and teacher, born in Isleworth, Middlesex. He studied at Kingston upon Thames School of Art, 1940–3, teachers including Raymond Coxon; in 1946–50 with David Bomberg at Borough Polytechnic, which markedly influenced his style; and in 1946 was a foundation-member of the Borough Group. Between 1947–9 Richmond, who then painted as Peter Richmond, participated in Borough Group exhibitions at Archer and Arcade Galleries and regularly at the Group’s own gallery in Little Newport Court. Early in the 1950s he moved first to France, then Spain, in 1954 joining Bomberg as assistant in his school. In 1970 Richmond became director of art at the International School, Spain. From 1979 Richmond lived in East Rounton, North Yorkshire, becoming a foundation member of Rounton Design.

Read more
He had continued to exhibit often and in 1992 contributed to Homage to David Bomberg at South Bank University, in 1993 having a joint show with his wife Susanna Richmond at the same venue. A major retrospective was toured by Middlesbrough Art Gallery, 1994–5. Later exhibitions included one, with Miranda Richmond, at Myles Meehan Gallery, Darlington Arts Centre, 1997; the group show Land, Sea and Sky, same organiser and location, 1999; and Early & Late Paintings, Bartley Drey Gallery, 2001. By then, Richmond had been living in Middlesbrough for seven years. Richmond made a large Millennium celebration painting, London from the South Bank, for South Bank University, in 1999, and in 2000 another, Teesside from Eston Bank, for the Virtual Reality Centre, University of Teesside, Middlesbrough.