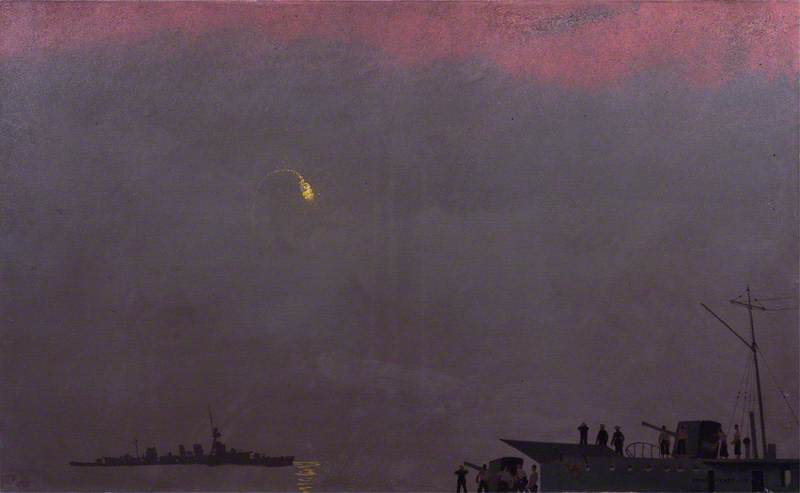 Marine painter and lithographer, born at Pontefract, Yorkshire. Pears worked initially as a black-and-white artist for magazines from the late 1890s, serving as a theatrical caricaturist for Pick-Me-Up. During World War I he was an Official War Artist for the Admiralty, a position he repeated during World War II, and he gradually established a reputation as a sound marine painter with a strong sense of design. He was founder and first president of the RSMA and his work found its way into the National Maritime Museum, Greenwich, and the Imperial War Museum. However, as a versatile draughtsman he also did many posters and illustrated Lewis Carroll’s Alice’s Adventures in Wonderland, 1922, and the works of Charles Dickens. He wrote a number of books, such as From the Thames to the Seine, 1910, and South Coast Cruising from the Thames to Penzance, 1931.

New stories, newly added artworks and shop offers delivered straight to your inbox every week.
Win a £35 voucher to spend in the brilliant Art UK Shop.
All new newsletter sign-ups are entered into our weekly prize draw (terms and conditions apply).
Subscribe