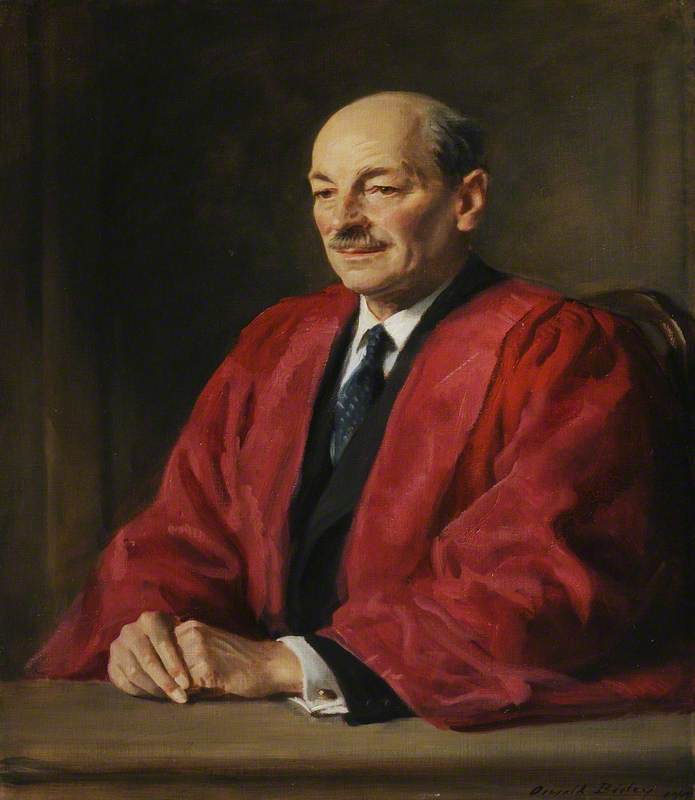 Portrait painter, born in Auckland, New Zealand, educated at Harrow School and Cambridge University. Also studied art in Dresden, Florence and in Paris at Académie Julian under Marcel Baschet. Birley served with a commission in the Intelligence Corps in France in World War I, gaining the Military Cross. He was a vice-president of RP, also being a member of ROI. Showed also at RA, Walker Art Gallery in Liverpool, RHA, RSA and elsewhere. Birley painted many distinguished figures, including Sir Edward Marsh the collector, the artist Glyn Philpot and the 1st Earl of Birkenhead in the National Portrait Gallery; portraits of King George VI for the Royal Agricultural Society and Royal Naval College, Greenwich; and for that collection a series of portraits of admirals of World War II.

Read more
He was knighted in 1949. Lived in London and in West Dean, Sussex.