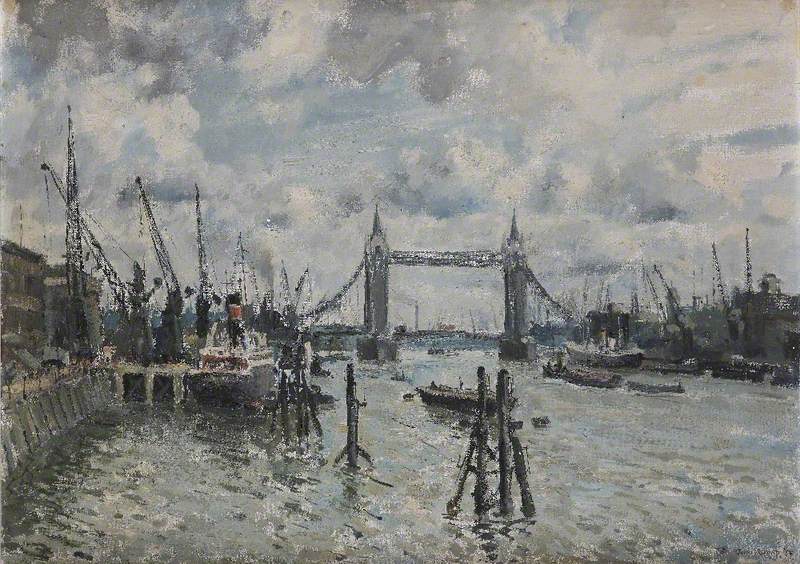 Shrewsbury Museum and Art Gallery
Painter of landscape, conversation and marine pictures, born in Tunbridge Wells, Kent. Studied at Camberwell School of Arts and Crafts, 1949–53, his teachers including Gilbert Spencer, Richard Eurich and Bernard Dunstan. Went on to become director of art at Shrewsbury School, retiring in 1989, then painting with studios in Shrewsbury, Shropshire, where he lived, and in Cornwall. Elected to NEAC and RBA, also showing at RSMA, RA and RWA. Had solo shows in England, South Africa, France and Canada, later ones including Wenlock Fine Art, Much Wenlock, 2001, and Shrewsbury School, 2004. Reading Borough Council and Shropshire County Council hold his work, which became more complex when retired.