Note: Your tags will not be submitted until you login Create account?
Exit 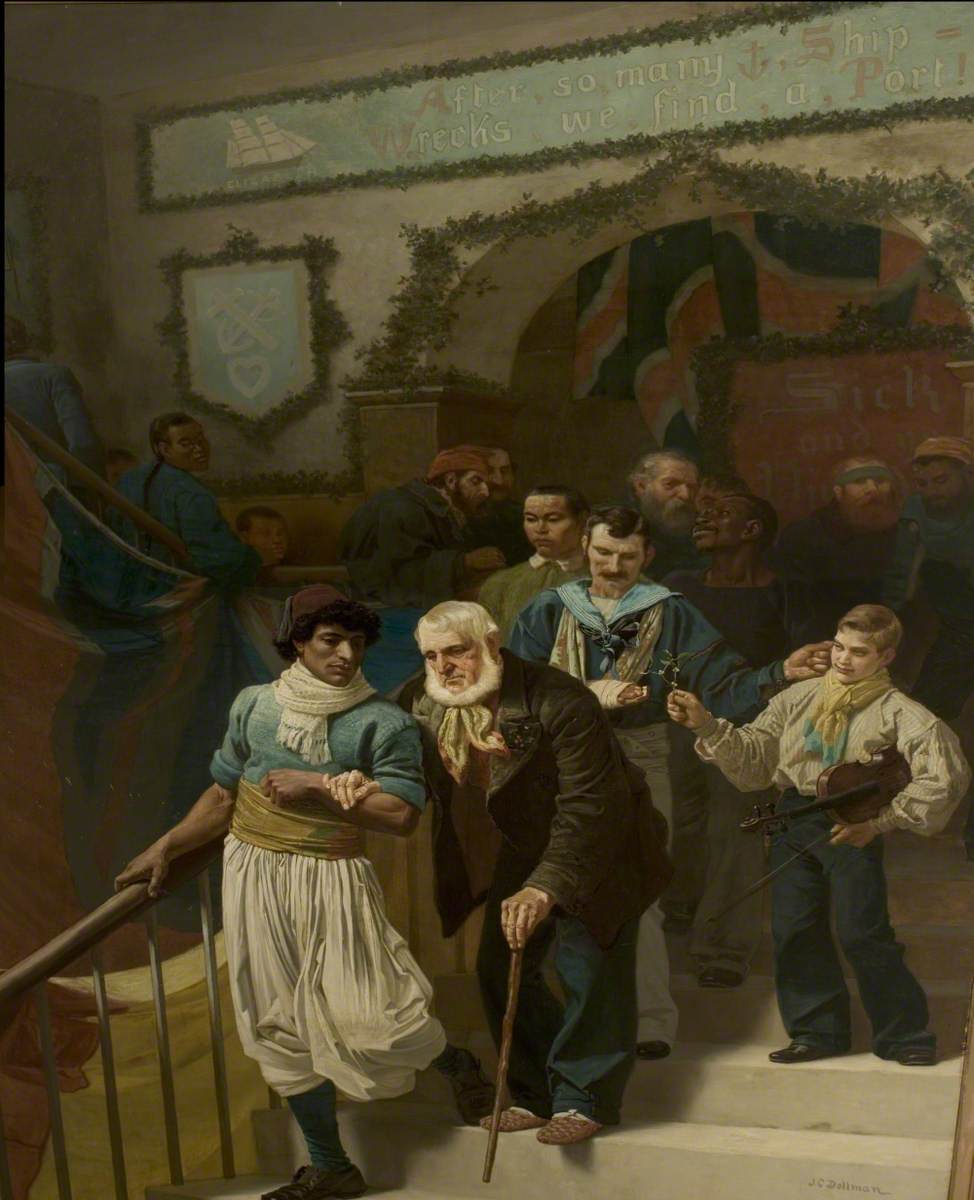 This image is available to be shared and re-used under the terms of the Creative Commons Attribution-NonCommercial licence (CC BY-NC).

This image can be reproduced in any way apart from any commercial uses.

Wherever you reproduce the image or an altered version of it, you must attribute the original creators (acknowledge the original artist(s), the person/organisation that took the photograph of the work) and any other stated rights holders.

Review our guidance pages which explain how you can reuse images, how to credit an image and how to find more images in the public domain or with a Creative Commons licence available.

Buy a print or image licence

If you like this artwork you can support the collection by purchasing a reproduction as a framed OR unframed art print. We offer a selection of professionally made frames that will make your purchase look great in your home, office or other preferred setting.

Need a digital version for your site or publication? You can purchase a digital licence from Art UK and download an electronic copy of this reproduction.

On the right of the picture is a group of figures descending a staircase. Nearing the bottom, in the foreground, is a young Turk or Arab, wearing a fez, white scarf, blue pullover, gold cummerbund, white harem pants, blue stockings and shoes without laces. He grasps the stair-rail with his right hand, and looks at the old sailor on his left, whom he is supporting. The old man has full white whiskers, and wears an old coat, blue trousers, coloured cravat and red and white slippers. In his lapel he has a sprig of holly. He holds his walking stick in his left hand, and is about to place it on the lower step before putting his foot down. Behind this group is a young man in a sailor's blue shirt and collar. His right arm is in a sling, and he tweaks the ear of a boy who offers him a sprig of mistletoe.

Read more
The youngster wears a full-sleeved cream shirt, yellow and blue cravat and blue trousers; under his left arm he holds a violin and bow. Behind these two are a Chinese man, in a green tunic, and a Negro with a patch over his right eye. Further up on the stairs is a Negro on crutches, a man with a ginger beard and blue bandage round his forehead, an elderly, bearded man and two other men. At the very top of the stairs is an archway decorated with holly, with the Union Jack hanging down. Above the arch is a long blue plaque trimmed with holly, which reads: 'After, so, many, Ship- Wrecks, we, find, a, Port!' To the left of this inscription is a picture of a sailing ship with the name 'Elizabeth' beneath it. Underneath it is a blue plaque with the cross, anchor and heart sign of 'Faith, Hope and Charity', also trimmed with holly. On the left of the picture, in the background, are several figures descending a stairwell above. There is a Chinese man, his hair plaited down his back, looking over at the main figures. A Union Jack is draped over the banisters. On the extreme left on the wall is half a coat of arms. It shows a sailor with one leg missing and a crutch, standing beside a shield with three legs on it with the motto, 'One leg is better than none'.

Friends in Adversity, Christmas Day at the Dreadnought Hospital, Greenwich (Coming Down to Dinner)

See a tag that’s incorrect or offensive? Challenge it and notify Art UK.