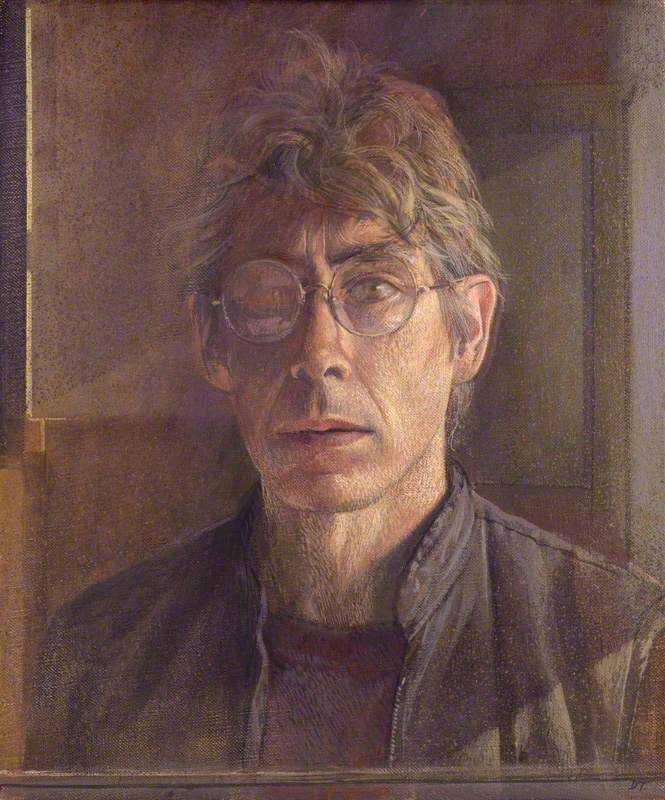 Painter, notably in egg tempera, printmaker and teacher, born in Huddersfield, Yorkshire. He studied at Coventry School of Art, 1945–1946 and later at the Royal College of Art where his teachers included John Minton, Carel Weight and Ruskin Spear.

Read more
From the early 1950s, he was featured in the RA Summer Exhibition shows and had regular solo exhibitions at Piccadilly Gallery. By 1957 he had a retrospective at Coventry's Herbert Art Gallery. Tindle then began to build up an impressive British and continental exhibitions record, including appearances in the John Moores Exhibition, Liverpool, in 1959 and 1961; a retrospective in Northampton's Central Museum and Art Gallery in 1972; and appearances in such shows as 'British Painting '74' at Hayward Gallery and 'British Painting 1952–77' at the RA. Two years later he was elected RA. From 1985 Tindle showed with Fischer Fine Art and in 1996 he showed new paintings and prints with the Redfern Gallery. He taught at Hornsey College of Art, 1959–74, and at the Royal College of Art, 1972–83. Tindle was also for a time Ruskin Master of Drawing at Oxford University and held a professorial fellowship at St Edmund's Hall. The Tate Gallery, Manchester City Art Gallery, National Portrait Gallery and many other public collections hold his work.