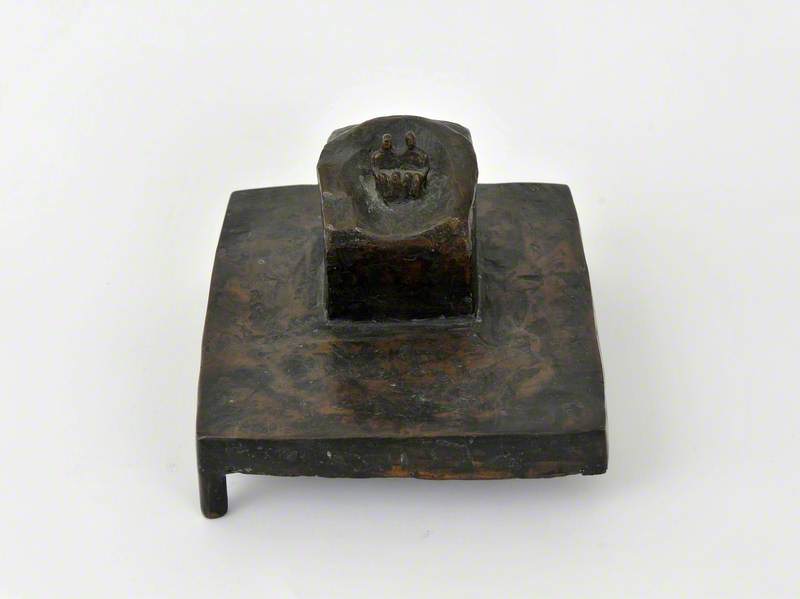 Sculptor and teacher, born in Moniaive, Dumfriesshire. He studied at Edinburgh College of Art, 1953–9, and École des Beaux-Arts, Paris, 1959–60. He went on to teach sculpture at Edinburgh College of Art, head of school 1990–7, being appointed professor in the faculty of art and design, Heriot–Watt University, 1994. Scott gained the RSA Lothian Region Award in 1978 and travelled widely in Europe in 1981 with a Gillies Bequest Scholarship. He was elected RSA in 1984. He was included in 11 Scottish Sculptors at the Fruitmarket Gallery, Edinburgh, in 1975, and the International Exhibition of Small Sculpture, Budapest, 1981, as well as Virtue and Vision at RSA in 1990. Solo shows included sculpture and drawings at New 57 Gallery, Edinburgh, in 1979, Kirkcaldy Art Gallery and Museum, 1985, and Talbot Rice Gallery, Edinburgh, 1994.