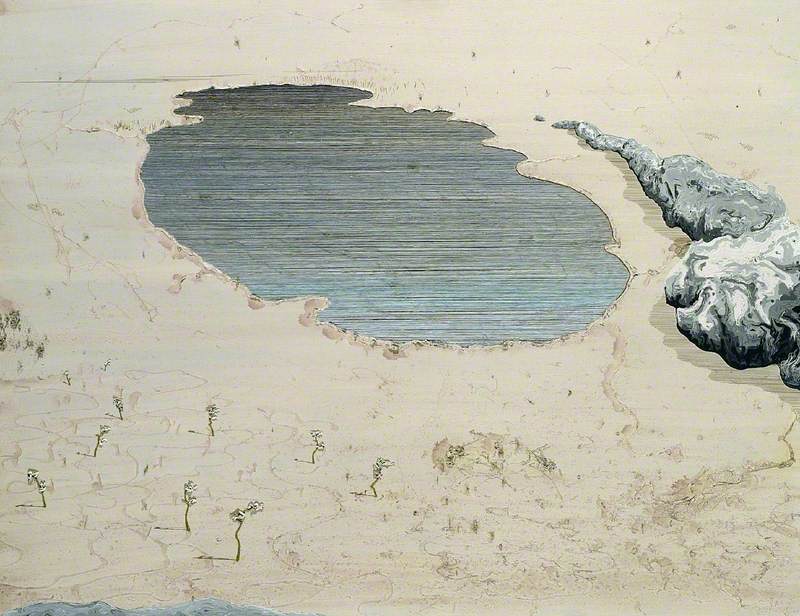 Artist who depicted interiors and landscapes using unusual combinations of media and support such as oil, acrylic, veneer and thread on linen. He was born in Amsterdam, Netherlands, gaining a fashion degree there in 1985–90, at Gerrit Rietveld Academie. “I went to Paris for an apprenticeship, but found the creative bit of being a designer limited.” After studies at the Rijksakademie, Amsterdam, in 1993–4, Raedecker obtained his master’s in fine art from Goldsmiths’ College School of Art, 1996–7. Charles Saatchi began collecting Raedecker’s work when he visited his degree show there, acquiring more of it when shown at The Approach, over a public house in the East End. Raedecker was included in Die Young Stay Pretty at ICA, 1998–9; in the series of Neurotic Realism shows launched by Saatchi Gallery, 1999, Saatchi Collection holding his work; and Hayward Gallery toured The British Art Show 5, 2000–1.

Read more
He had a solo show at Galerie Nouvelles Images, The Hague, 1995, later ones including New Paintings, The Approach, 1998, in London where he lived. In 1999 Raedecker won first prize at the John Moores Liverpool Exhibition, being nominated for the Turner Prize in 2000, by which time the price of his paintings had risen to about £20,000 each.