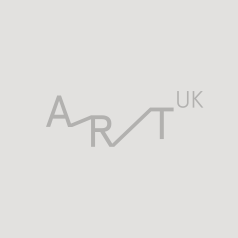 Painter and draughtsman, born in Leamington Spa, Warwickshire. He attended Mid-Warwickshire College of Art, 1960–2, then Hornsey College of Art, 1962–4, in the latter year being awarded a Guggenheim-Mckinley Scholarship, American Workshop, Italy. Fuller’s work was abstract with references to landscape and figurative allusions and was described as having “painterly elegance and wit”. Among Fuller’s group appearances were Richard Demarco Gallery, Edinburgh Festival; Arnolfini Gallery in Bristol; Angela Flowers and Redfern Galleries and Barbican Centre. After a solo show at Arnolfini in 1968, many others followed including Camden Arts Centre, 1971; RZA Galerie, Düsseldorf, Germany, 1983; with a retrospective at Warwickshire Art Gallery & Museum, Leamington Spa, 2001.