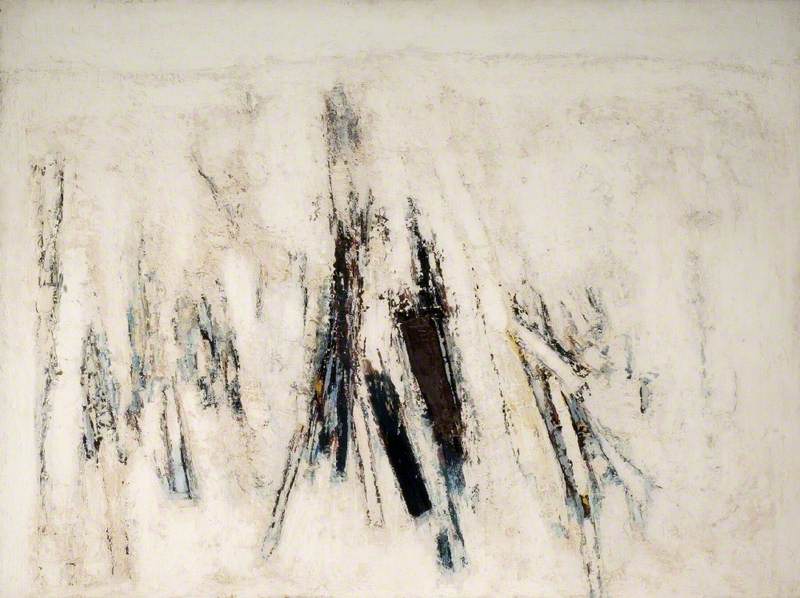 Painter, originally of representational, but later of abstract work; teacher. He was born in Frankfurt-am-Main, Germany, arriving in England in 1933. Feiler attended Slade School of Fine Art, 1936–39, then during World War II was interned and sent to Canada. Returning to England, he taught at combined colleges of Radley and Eastbourne until the end of the war, then at West of England College of Art from 1946, being head of painting, 1963–75. His first wife was the painter June Miles. He later married the artist Catharine Armitage. Feiler became associated with the St Ives painters after his first visit in 1949, the year before his work moved towards abstraction, and in 1953 he settled in Stanhope Forbes’ old studio at Kerris, near Newlyn.